So, for the past, I dunno, 6-7 years, I’ve pretty religiously gone to Molly’s for 10am Sunday coffee. Sometimes it devolves into lunacy1, most of the time it involves getting some work in and playing cribbage and/or backgammon. And if you ask the bartender nicely, they’ll let you use the cards and cribbage board they keep behind the bar. If you break it and/or walk with it though, I will track you down with all my unholy fury and smote you with my Hammer of Smiting™. It’ll hurt worse than a double-skunking.

There is a cast of characters which one can usually rely on to be there at one point or another, and one of them is my friend Alan2. Alan likes to takes pictures3, and they’re usually pretty good. The thing is, I usually don’t want to be in them at 10am. 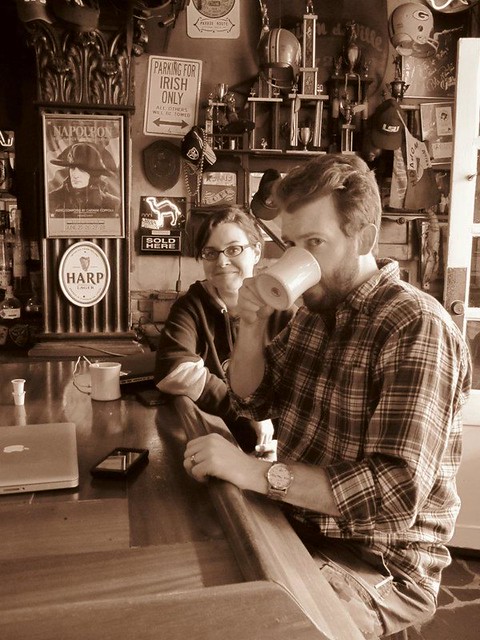 Dammit Alan, I don’t want to pose for a picture. 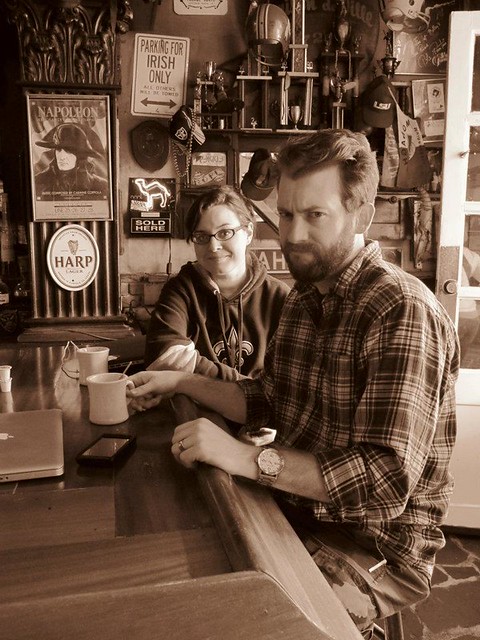 You want a pose, Alan? Fine. Here’s your damn pose.

Note the Streets Ahead™4 combination of flannel/plaid with camo.

1) When you have at most 2 shots of Rumple Minze, you’re Riding the Peppermint Pony™. More than that, and you’re Riding the Mint Dragon™ and are sufficiently Rumped Up™.
2) No, not Unapologetic.
3) Nudge nudge, wink wink. Say no more.
4) Don’t be some sort of Streets Behind asshole.