So, it’s been five full months with the solar array, and four since I last updated (solar panel system description here). The electrical portion of my bill since the beginning of February has totaled $40.

Yeah. Forty whole dollars. Take a look at the data for the last four years:

Now, up until June, we’ve overproduced electricity – adding to our “summer padding.” Going into June, we had 1287 kWh banked that we could eat into. We ended up eating 585 saved kWh, still leaving up a padding of just over 700 kWh, meaning that in all likelihood we’ll see another $8 electrical bill for July.

Since we have that kWh padding, and the heat’s been dialed up outside, we’ve been a bit more liberal with the a/c. So we could try to stretch that padding a bit further, or we could be more comfortable at home.

We went with comfort.

Also, looking at he usage graphs on the bills below (remember they label the month based on when the bill is sent, so Nov. is really Oct.), you can see that Oct. – Jan. are usually lower-usage months. Since our system went live mid Jan., we missed basically 3 1/2 months of potential kWh padding months. Perhaps after a full year with it on, 2014 could be a $96 total electrical bill year. That’s kinda exciting to think about. 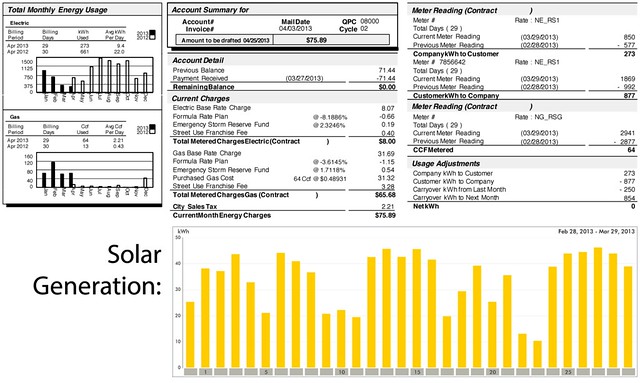 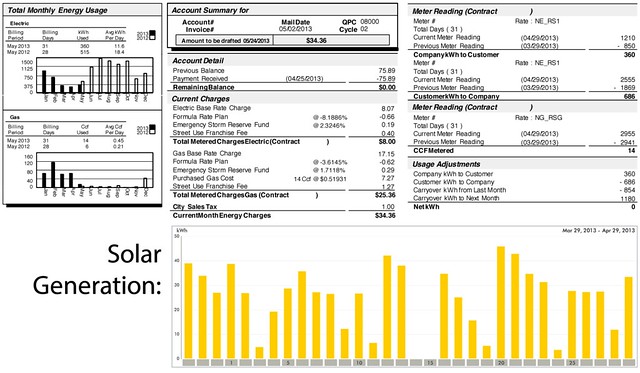 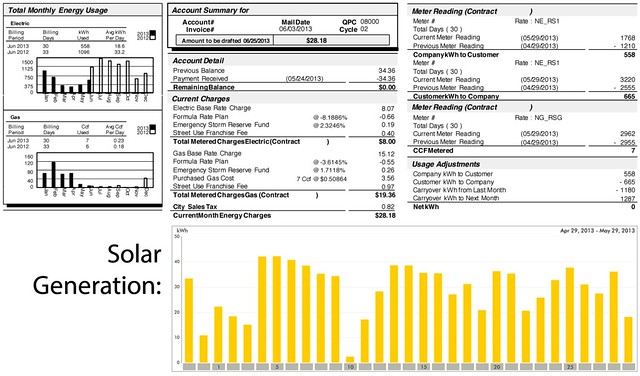 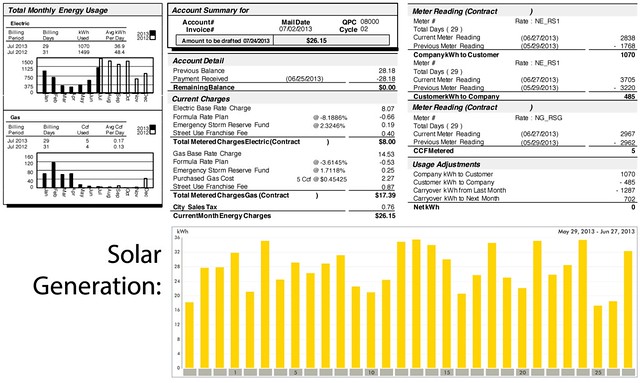