“I can’t believe I’m about to say this, and I understand the precedent it may set, but, I don’t think we need another gaming system.” I actually said that. I know it’s dumb, but I think it was for my own good.

See, wha ha happen was1, Bea had spent a rowdy2 night with a handful (or many, I dunno) of fellow rollergirls as Finn McCool’s, and they have this newfangled contraption: an XBox 360 with a Kinect

. Couple that with Dance Central

and game over man, game over. 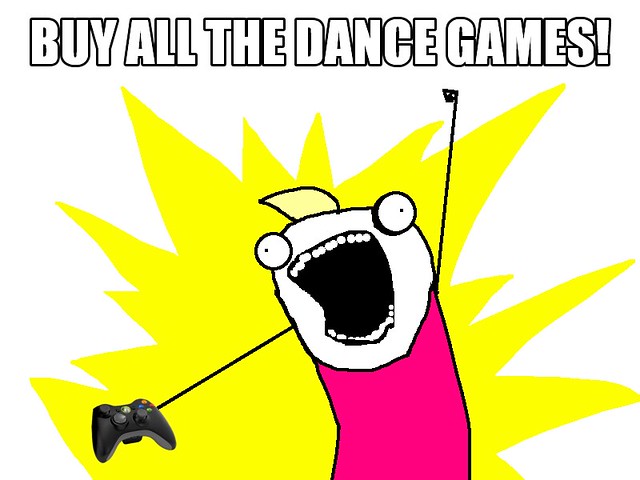 So, we now have one. And it’s great. While the dance games are Bea’s domain, I still have fun with them. I thought that it was fun to see people invisi-hula-hoop of flap their wings trying to fly like a bird on the Wii Fit games, but the dancing takes the cake. 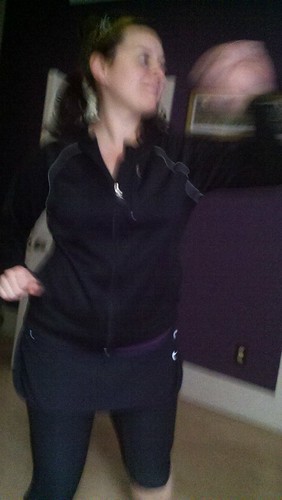 I have video somewhere of Bea and our friend Nora having a dance-off to Bel Biv Devoe’s Poison3, but I fear a nuclear counter-strike would be called in for posting without permission.

On the other hand, through the 360 I’ve been able to reconnect/hang out with various NOLA ex-pats. Harley and Roger and I get together semi- to quasi-regularly to play Halo with each other. We have the headsets, so we can all crack wise, talk shit, and catch up with each other. It’s immensely fun, and value greatly our time together, when I can seem to find some.

I still think that stupid statement was for my own good, and I think history may side with me on that one.

Case in point 1: even though I’ve already gone through and gotten 100% on LEGO Harry Potter (heh, I initially typo’ed that as Pooter) Years 1-4 on the Wii, the XBox has achievements. Public, scored achievements. Naturally, I’m playing through again right now on the XBox.

Case in point 2: As if Netflix Instant isn’t enough of a time suck (it does have EVERY episode of all the Stargates, Battlestar Galactica, and Dr. Who), with the kinect, you don’t even need to use the remote. You just swipe your hand in the air, and it scrolls the videos. I’m serious.

1. That’s “New Orleans” for: Please get comfortable, for I am about to regale you with a wonderful tale.
2. It’s rollergirls, so one’s natural inclination is to assume copious amounts of Jameson’s and high centrifugal forces exerted upon pillows. In reality, it’s moderate amount of Jameson’s and no pillow-based physics “experiments”.
3. Don’t trust a big butt and a smile.
4. Looking for the 4? It’s not anywhere. The title is a reference to an excellent song, “Halo” (studio clip, live video), by my friend Luke of The Happy Talk Band.
5. If you don’t know the “All the Things” meme, go to Hyperbole and a Half. Right now.